In this article we will tell you where Arkanya is. The estimated reading time is 3 minutes. But you will be able to find out all the information about Arkanya. The city of Arkanya is one of the cities that everyone is curious about. Nowadays, the most frequently asked question about Arkanya is where the name of Arkanya city or Arkanya town comes from, as well as where Arkanya is again being wondered Decently. Where is Arkanya? History of Arkania? Features of the city of Arkania?

Orbit – There is no answer to the question of where Arkanya is. Because actually there is no Arkanya. Because Arkanya is an imaginary place in Kemal Varol’s novel. Kemal Varol’s novel Aşıklar bayramı (lovers’ Holiday) has been transferred to the cinema by netflix with a film starring Kıvanç Tatlıtuğ and Settar Tanrıöğen. However, we can also say that Arkanya is depicted as the Ergani district of Diyarbakır.

During the excavations, M.He. Hilar Caves, where it is stated that plants such as wheat, chickpeas, lentils were planted in the region with the remains and finds belonging to the period between 7500 and 5500, sheep and goats were domesticated and settled life was started from hunting, attracts those who see the historical splendor Decently.

Located within the borders of Sesverenpınar village and 1. Hilar Caves, registered as a highly archaeological and natural protected area, and Çayönü, about 500 meters to the north, have a unique value in terms of its historical texture and its place in today’s civilization.

Features of the culture of Arkanya

The caves bear witness to an important historical period in which the transition from nomadism to settled village life, from hunting and gathering to food production took place. It is stated that the Hilar Caves, where artifacts belonging to the geological age were unearthed, created a milestone in the agricultural area by cultivating the soil for the first time.

Rock tombs and reliefs attract attention in this region, where the tools they made from bone, which serve as spoons and forks, have come down to the present day. Some of the rock tombs have reliefs on the front faces, while some of the reliefs are in groups of three.

Some of them have reliefs in the Roman Provincial style on their exteriors, while the clothes seen in the reliefs are in the Iranian style, and the inscriptions have the North Syrian Semitic script. The Hilar Caves, which have a history of 10 thousand years, do not lack visitors, although not as much as before.

The caves, which are especially visited by visitors on the weekend, host visitors from Diyarbakır and the surrounding provinces.

Arkanya or Ergani or formerly Osmaniye is a district of Diyarbakır Province, Turkey. To the Right Bank of the Tigris is 10 km away, and among the people Zulkuf Mountain Zulkuf (Dry) the Prophet on the mountain, the mountain known as the mountain on the southern slope of zulkuf 1526 metre of authority was established and is one of the important districts of Diyarbakır. Ergani is the largest district of Diyarbakır Province. There are 86 villages connected to the district center. The name of Osmania given to Ergani during the Ottoman period was later changed to Ergani because the old district of Adana was confused with the present Osmania province.

Arkanya is a very old city

Arkanya, Ergani, is a very old city and the date of foundation is not clear. According to today’s information, the oldest village settlement of Anatolia has been revealed in the excavation carried out in the ruins of the City of Hilar (Çayönü), located 8 km from the district. Based on the remains dating back to 7000 BC, which were discovered on the Çayönü hill, it can be said that Ergani has a 9000-year history. Ergani, which was the Sancak beylik (provincial center) for a long time during the Ottoman period, was granted the status of a district of Diyarbakır province, where the sancak beylik ended with the law No. 491 dated April 20, 1924.

Headquarters of the sanjak of Ergani

19. in the middle of the century, the center of the Ergani sanjak was moved to the Mining Town, which gained importance due to the operation of copper mines. 19. it was ruled by a mutasarrif, 3 prefects and 11 principals in the XII century. the district is a very old settlement and has been mixed with the Eastern Anatolian culture. However, the ruins of a tower have survived to this day. Ergani castle is located on the slope of Kolat Mountain near Ergani. Today it is in a state of ruin. There is no record of who built the castle. The castle is discussed in detail in Evliya Celebi’s Travelogue. 19 As Ottoman period buildings. at the end of the century, there were 3 mosques, 10 masjids, 3 Armenian churches, 1 Protestant church, 3 inns, 3 baths and 30 fountains in Ergani besides the Municipal Mansion. One of these structures, the government mansion, was built in 1891. The old government mansion was restored and brought to tourism. 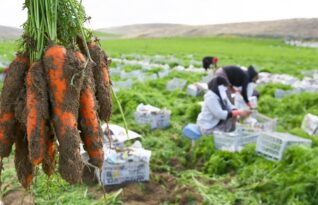 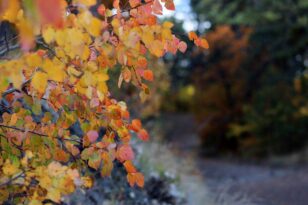